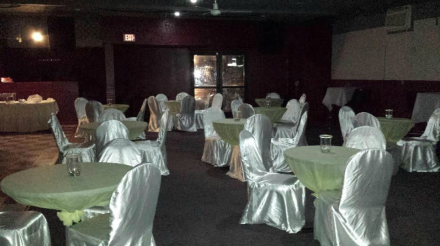 The Sportmen’s Athletic Club was organized in 1963 by a group of cricket enthusiasts who wanted to establish a second cricket club in the city of Hartford. The founding fathers which included Tommy Francis, Jethro Williams, Dudley Jones, Lloyd Scott, Samuel Webb (Creation), Oswald Williams, George Lewin, L. Collins, Joshua Guthrie and Nehemiah Wallace gathered at a residence on Barbour Street and organized the club.

After its formation, the club quickly attracted an excellent caliber of cricket and soccer players. By the late sixties, Sportmen’s became a formidable cricket team playing in the Northern Zone of the American Cricket League.

During the seventies and eighties, Sportmen’s gave to Hartford, New York, Boston, Philadelphia, Washington, D.C., Toronto, Montreal (Canada), and Jamaica, a brand of cricket that helped to improve the standard of play throughout the USA and Canada.

In 1976, through the leadership of then president Ed Patterson, the club was able to purchase the building at 2976 Main Street, Hartford, which has become the headquarters for the organization.

Under the leadership of Michael Chambers, in 1981, Sportmen’s took on the very ambitious challenge to establish the world’s first Cricket Hall of Fame, which has gained a great deal of respect throughout the city and the rest of the world. Located in the adjacent building on the premises, 3000 Main Street, the Hall of Fame is maintained through the generosity of the members of Sportmen’s and a number of well-wishers. Induction ceremonies are held the first Saturday in October.